A government shutdown occurs when there is a lack of funds and nonessential government agencies stop functioning. When approval of the federal budget for the upcoming financial year gets delayed, it results in a lack of funding. Till the time parties can reach a negotiation and a budget bill passes, the shutdown remains in effect. Many federally run operations will halt during the government shutdown. The professionals of logistics companies in Chennai believe that some agencies may still stay functioning by running on cash money reserves, but once these funds get over, they will also close.

Does the Government Shutdown Affect Logistics and Transportation Processes and People?

“While some important task such as law enforcement and mail delivery, is still being performed, the shutdown has affected processes at 9 departments, including Justice, State and Treasury, Homeland Security, and several organizations including the Environmental Protection Agency and NASA.” as per The New York Times.

Because of the government shutdown, the US Department of Transportation has not been financed for 2019, which may postpone the rulemaking around fresh Hours of Service proposals. Most transport companies will not face any trouble due to the shutdown but for border delays.

Some TSA (Transportation Security Administration) and Customs & Border Protection agents are working without pay, so they are starting to call in sick. This has resulted in the hours-long queues in airports and slow down paperwork processing. At borders, as fewer employees reporting, delays at truck crossings can happen. If you are using the services of Hyderabad transport for carrying products that need cold storage, ensure that the trucks are in working condition to keep the products cold and fresh during longer waiting times.

For products with expiration dates, the transporters should try to include delays into overall shipping times to keep items within the acceptance times.

How Are Transport Services Being Affected by The Government Shutdown?

Transport and logistics companies in Chennai or other cities, states and countries are trying to figure out how to make their dollars stretch for the time being by either tapping reserves or taking out loans. Federal Transit Administration shutdown can even make it difficult for agencies that have money to spend it.

Skoutelas says that they are waiting on a letter from the federal administration before it can spend its own money as the agency wants to be entitled to federal compensation once the administration starts operating again. The agency added that at the moment, no one has declared any service disruptions. Discontinuing the services is the last option for these organizations. Everybody is understanding the concerns of trying to meet overheads for usual operating expenses and vendors.”

State transportation departments and companies offering transport services in Vadodara are more segregated from the shutdown effects as they largely but not completely depend on funds from the central Highway Trust Fund. That funds generate from federal gas taxes and are deposited into the trust fund. This fund was specifically established to protect transportation money from being used to run the rest of the administration.

Jim Tymon, the executive director of the AASHTO (American Association of State Highway and Transportation Officials) says “It shows how blessed we are to have a federal highway trust money because it helps us to run business in situations like this”.

Some major challenges from the government shutdown incorporate:

Once the shutdown is over, the transportation companies and logistics companies in Chennai will not be able to start applying for allowances to fund new construction projects. According to APTA, the FTA normally only makes allowances available during a financial year once it has had 5 months’ worth of appropriations. So far, it’s had less than three in the 2019 fiscal year.

Even when the shutdown does not happen, Congress could not decide to a full-year spending strategy for the federal fiscal year, which started on Oct. 1. So, it passed regulation, known as a “continuing resolution,”. It kept the administration operating during December at the same spending levels as the previous year. But that resulted in multiple problems related to transportation funding.

Congress didn’t raise the amount of money it approved to use from the Highway Trust Fund. That means politicians are not following the plan for yearly increases that they planned in 2015 when they approved the present surface transportation law called the FAST Act.

States cannot directly access their entire years’ value of 2019 money from the Highway Trust Fund as they possibly access in other years. Tymon, the head of the state transportation officials group says, “Usually, that money is made available by the Federal Highway Administration at the starting of the fiscal year in October. But the ongoing resolution only involved approval for FHWA to share about a quarter of the annual total. He added, “With the construction flavor approaching here, states are bidding projects in the winter season, so we are ready to put spades in the ground as we get into late winter and early springs”.

Additionally, the five-year surface transport rule that’s now in effect terminates at the end of next year, and Congress typically takes months-long time if not years, to approach the huge highway bills.

Jim Tymon from AASHTO says, “Transportation personnel should be ready to press their case once the government shutdown is ended.

What Are the Major Effects Of Government Shutdown On Transportation And Logistics Sector?

Furthermore, a federal shutdown would not directly impact roadside trucking administration, scale houses or assessments that are managed by state organizations. Most of those projects are sponsored by Highway Trust Fund grants that are funded yearly.

Most transport and logistics companies will not face any trouble due to the shutdown except for border delays. Experts say, the longer the shutdown better the chance for an interruption which could turn into thousands of dollars in detention and demurrage penalties.

If the shutdown stays on for a longer time, back-ups at borders, ports and terminals could happen because of delayed paperwork. The longer the shutdown continues, the greater the potential for a disturbance to happen somewhere along the supply chain.

There is a concern that poor visibility into what’s happening can lead to challenges that are difficult to overcome. Without clear visibility, demand indicators can be missed and there can be disruptions in transportation modes.

Other major issues involve a loss of distributors of raw materials, extra high inventory levels or extra-low, hold-ups in customs and more. These problems can lead to a sudden increase in prices that can eat into bottom lines and make unhappy customers.

TruckGuru, one of the foremost logistics companies in Chennai can create strategic supply chain plans to help overcome any interruptions caused by the government shutdown. Technology, planning, and extra due meticulousness will help them to meet customer demands and keep operations moving forward. 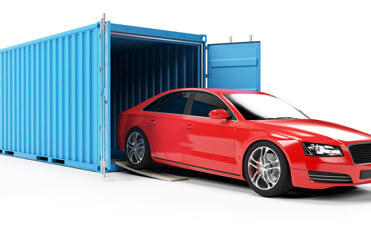 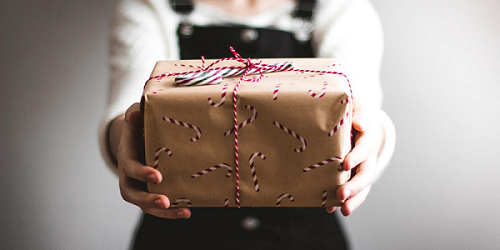